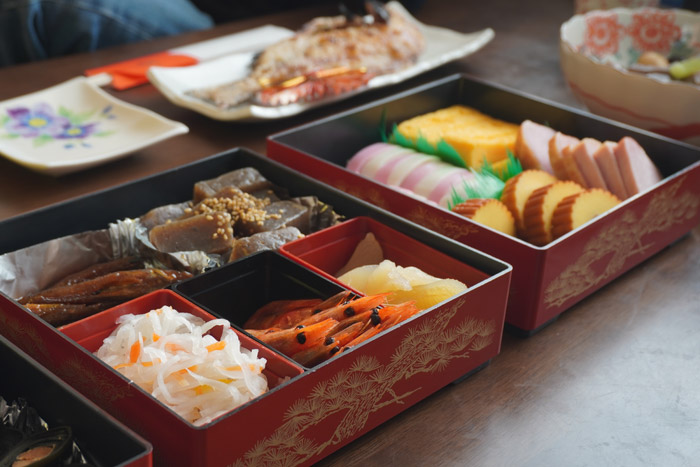 In Japan, there are monthly events and customs. This is because Japanese people place great importance on feeling the seasons. The most important of these is the New Year, known as “Oshogatsu(お正月)”.

Japanese companies are usually closed from about December 28 to January 3. However, even though it is a vacation, it is still a very busy week. Today, I would like to introduce how Japanese people spend this week. Would you like to experience the Japanese New Year traditions like the locals?

Do a big clean-up

At the end of the year, Japanese people do a big cleanup with their whole family. They do this even in places they would not normally clean. This is because it is believed that the god of the New Year, called “Toshigami,” comes to each house to bring happiness. Since the god is coming, the whole house is cleaned and prepared to welcome the god. There is also a superstition that it is not good to rush to clean the house on December 31. This is said to be because it is disrespectful to the gods to make preparations in a hurry. Most Japanese people finish cleaning by December 30.

It is the same for temples and shrines. At the end of the year, everyone does a big cleanup. It is a rare sight to see people forming a line and pounding tatami mats all together.

After cleaning up, set up New Year’s decorations such as kadomatsu, shimenawa (sacred straw rope), and kagamimochi (mirror-shaped rice cakes). The kadomatsu and shimenawa are decorated as markers for the gods, and the kagamimochi are considered offerings to the gods.

It is also good to decorate the noren according to the season.

While Western countries often have parties and fancy dinners on December 31, Japan traditionally has a simple soba (buckwheat noodles) feast on December 31, followed by a fancy meal on January 1.

One reason for eating buckwheat is to extend one’s life and the luck of one’s family because it grows long and thin. Another is that soba is easy to cut, so it is said to cut off the bad things of the year and welcome the new year.

Since it is the end of the year, we eat warm soba. Soba is healthy and good for you. Try making soba once.

listen to the temple bell

On the night of December 31, we listen to the bell tolling the New Year’s bell. This is a Buddhist event. A large bell at a temple is struck 108 times.

When I hear this low chime of the bell, I realize that the year is coming to an end. Traditional Japanese New Year’s Eve is usually spent solemnly and quietly. This is because the next day, January 1, is the big day.

Visit to a shrine and get a lucky draw

When New Year’s Eve ends and January 1 arrives, everyone goes to shrines and temples to pray for health and happiness for the year ahead. At this time, people draw omikuji, a fortune, to predict their luck for the year ahead.The results are shared with family and friends, and if it was bad, we tie it to a shrine and pray for good luck in the year to come.

On January 1, the whole family eats a sumptuous meal known as ”osechi ryori” together. For Japanese people, Christmas is an event with lovers and friends, not with family, but New Year’s is the big event where the family must get together.

This box used for Osechi is also a traditional Japanese bento box used for cherry blossom viewing and picnics with the family.

If you are still a student, this is a great event to receive money from your family or relatives, called “Otoshi dama (お年玉)”. Generally, when you start working, you are in a position to give.

Put the money in a small pouch and hand it over. If you receive ”Otoshidama”, it is a little rude to open it at that time. When you receive the money, you should thank the person who gave it to you and put it away without checking the contents. This is different from a present.

The best time to shop in Japan is during New Year’s. Usually, all department stores and malls have special sales. There, they sell what are called “fukubukuro,” bargain bags. They are usually in red paper bags.
You never know what is in the fortune bag, but recently some stores are showing the contents. It is a good idea to check in advance, as popular stores sell out quickly.